Sending off Cikgu Adnan to London

September 25, 2011
This is the first time I send someone off to London not at the airport. As everyone read about him in the newspaper lately, Cikgu Adnan is on his solo cycling expedition from Kuala Lumpur to London. He will be crossing Thai, Laos, China, Bangladesh, India, Pakistan, Iran, Turkey, Greece, Macedonia, Serbia, Bosnia, Croatia, Slovenia, Austria, Germany, France and finally England. Whoaaa.... that cover roughly 20,000km!!! Who doesn't know him, Cikgu Adnan was my art teacher in RMC and he's 69 year-old this year. He accomplished many extraordinary things in his life like dozens of marathon, scaled the country's 12 highest peaks, endurance races. He survived Marathon Des Sables (243km marathon across Sahara Desert) and came back alive to tell the story. He once told me, he only started all these after 40 years old and he was heavy smoker with drinking problem in his younger days. This proof it is never too late to start healthy lifestyle. His target is to reach London before the start of London Summer Olympic Games 2012. He said it doesn't matter slow or fast, his objective is to help increase public awareness on HIV/AIDS issues as well as raise fund for MAF and also his own personal quest for adventure. Let's pray for his safe journey  to London. 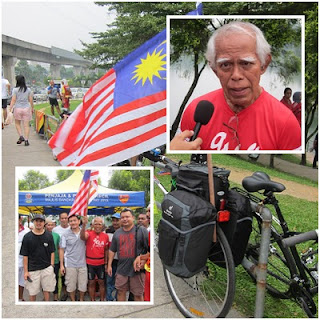 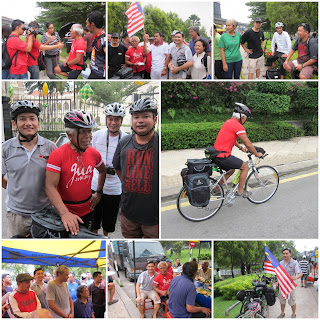