September 11, 2018
We signed up the race early this year in February, hoping to be fully prepared for it when the time comes. But a month later Fiza was hospitalized with the back problem and then she was busy with her classes & a new career. I also was buried with tons of workload, I always came home late and had to do my office works at home. It left us with almost no training. We only started training a month before the race with 3 times running a week for about 8-15km mileage without trail running. Yes, we didn't do any trail running at all this year. TMBT is well known as the most grueling trail course comparing to any other trail events in Malaysia. There are many people DNF even for 50km and 30km category and we regret we signed up 50km, we think we will be DNFed. To make it worse I left my 20 packets of power gel given by Laif at home. Then Fiza's water bladder was leaking. And I brought the wrong shoes for the race. All recipes for disaster. We wished we had signed up 30km.... ohhh what the hell!.... let's just run it and enjoy the view. 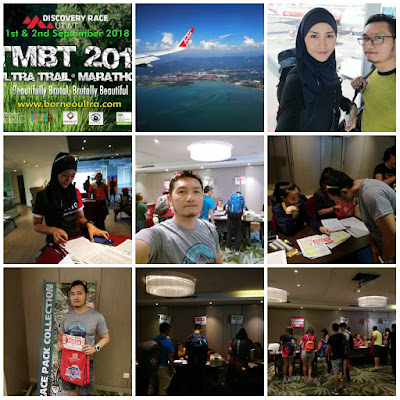 The race starts at Kampung Lingkubang on the west side of Mt. Kinabalu at 6am. I met OP Cuniq at the start line. There were many other OPs but I didn't see them. It was an easy start for the first 10km until WS1 or CP1. The climb was easy and route pretty flat for Nepal standard. Along the route, the view of Mt. Kinabalu was so majestic. 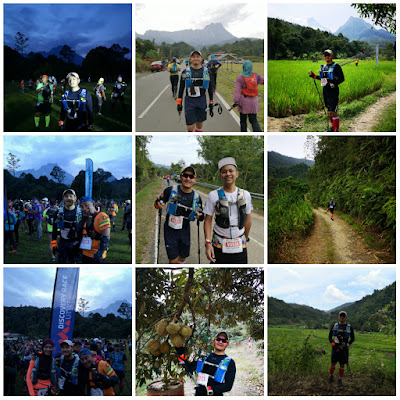 Only after WS1, the route starts rolling. The sun was out but most of the time we were running under the shades in the jungle. We crossed so many hanging bridges through the race course and we had only one river crossing. After WS2, I was so hungry because it was around noon. I bought a yummy RM1 nasik lemak sold by the local people. I'm glad to see very supportive local orang kampung along the way. Only after WS3, the climb becomes steeper and steeper. The peak at KM 35 was the highest, as high as the finish line in Pekan Nabalu. I thought the weather was going to be cold up here but I was wrong, it was hot as hell. 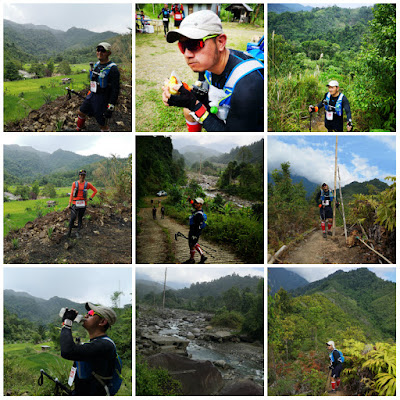 Approaching WS4, we were 2 hours ahead of COT. I couldn't believe we made it this far. We were worried about OP Cuniq because we haven't seen him since WS1. He was DNF last year, hope he could make it this year. At WS4, we ate 2 Maggie mee cups each because we were so hungry. We were told by other participants that the last 6km will take between 3-4 hours to complete... no kidding! Here, I met another 2 OPs in Navy from Sepanggar Base. They left the WS earlier than us, but we overtook them later.

When the sun goes down and the jungle became dark, we were struggling climbing the hills. There were 2 hills before the finish line. Fiza left me at 1st hill because I was bonked out. Luckily, I found one last gel stuck in the bag. After I took it, suddenly I got an extra boost of power to push myself up the slope. Finally after 14:45 hrs on the trail I reached the finish line in Pekan Nabalu at 8:45pm. Fiza crossed the finish line 15 minutes ahead of me. Well done Sayang! 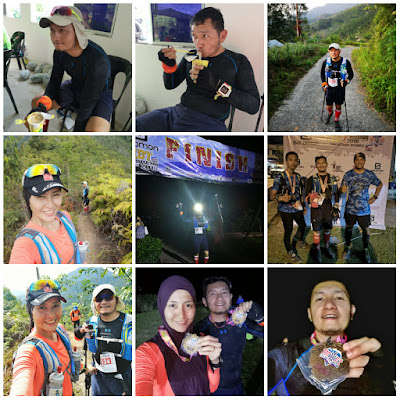 Thank you sayang for pulling me along although I was bonked out most of the time. Thanks to our navy guys OP Meon & OP Azza for sending us back to start line which was about 20km away from the finish line to get our car back in the middle of the night. So sad OP Cuniq didn't meet the COT, he was only 2km shy away from the finish line and OP Bakti also missed the COT at WS4 by only 12 minutes. Well, if you think other trail running events in Malaysia not challenging enough, you should try TMBT. In term of difficulties, I rated this race equivalent to TNF Philippines in Baguio. 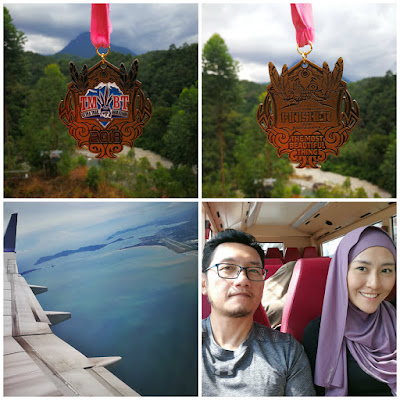 Enjoy the video below