I’ve been to the first MTV Stage concert last year and it was so much fun, makes me wanted to go again this year. This times I chaperoned two girls to the concert. The only thing I hate about the venue is the traffic jam. It took me nearly an hour get to the parking area from LDP which is less than 3km distance. We had our dinner first at Sunway Pyramid before going to the concert. We were surprised the queue was so long and it ended at the main road. After 20 minutes of waiting, we finally get into the gate.

We missed Bunkface performance, when we arrived at our standing zone, Wonder Girls were on stage. The Korean girls performed a variety of songs, I think they lip-synched. The quintet finally performed its hit single “Nobody” complete with the schoolgirl dance moves. The crowd was now running high on adrenaline but unfortunately the organizers didn’t know how to sustain it for long. We were left standing more than an hour for the next show due to some technical difficulties (my arse!!!). To make it worse the rain came back and it didn’t help but to merely dampen the crowd’s spirit. The audience got restless, and when VJ Utt and Sean appeared on stage, they were booed and even flipped off. We all know the tickets to the show had been given out but that didn’t mean the audience was cool waiting in the rain for over an hour and listening to lame circus-inspired music just because we got in for free.

When Tokio Hotel finally emerged, it took crowd on the spot to heat up to the band. The four-man band played their staple hits with the crowd sang along to. They ended their show with the much-anticipated “World Behind My Wall”, which re-energize the crowd and by then, the earth practically shaking with people jumping.

After another 20 minutes of waiting, it was then the moment everybody was waiting for…. Katy Perry’s awesome performance! She performed her hits songs with stunning electronic visual backdrop. She teased the audience with her new song the “Peacock” was just about a bird before going… “I want to see your peacock… cock… cock… cock!” It got the audience go wild…. really really wild! She closed her show by climbing the scaffolding while performing her last song “Hot and Cold”.

The ending was fabulous and the organizers announced that Wonder Girls would be back on in 5 minutes (yeah, right :P… I heard it took another 20 minutes) but after almost 5-6 hours standing in the rain, we didn’t care anymore about this not so wonder girls group, even if the organizers has announced that Michael Jackson was back from the grave to perform “moonwalk”. We left the venue heading to the car. By the time I got home it was 3am.

Well, no doubt it was a great night of entertainment although with unnecessary waiting involved. Just make sure a “bomoh hujan” is hired the next time around. 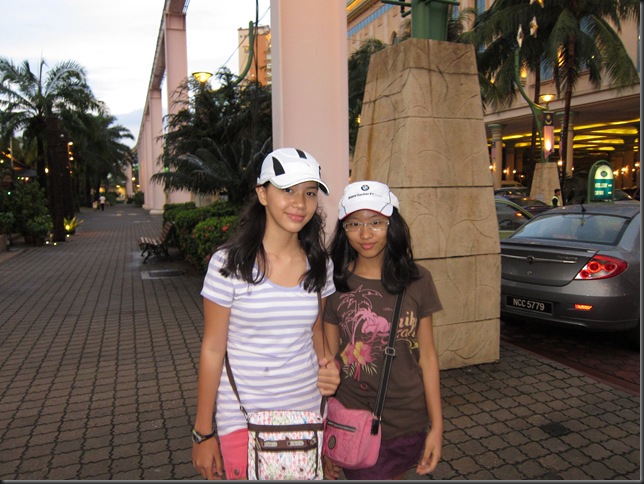 Sweet Alisa & Raz were so excited to go the concert. Lucky me, they behaved. 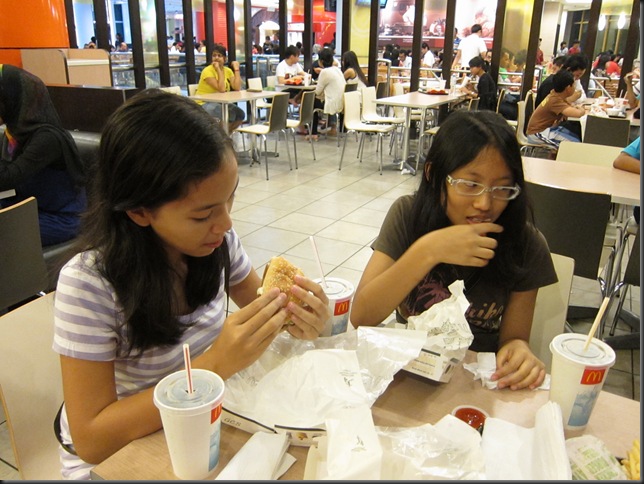 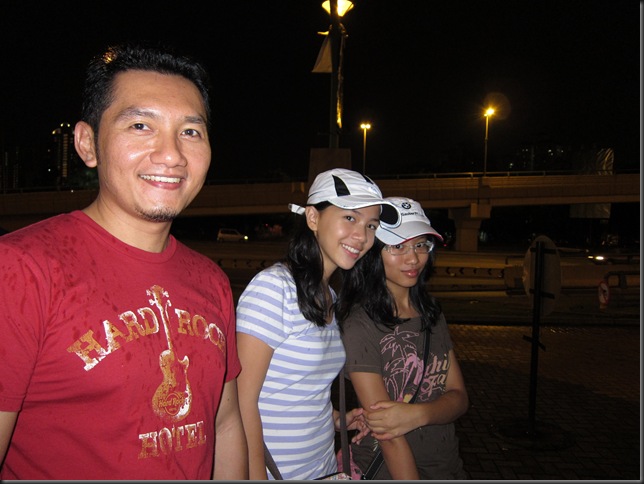 The queue was very long until the main road 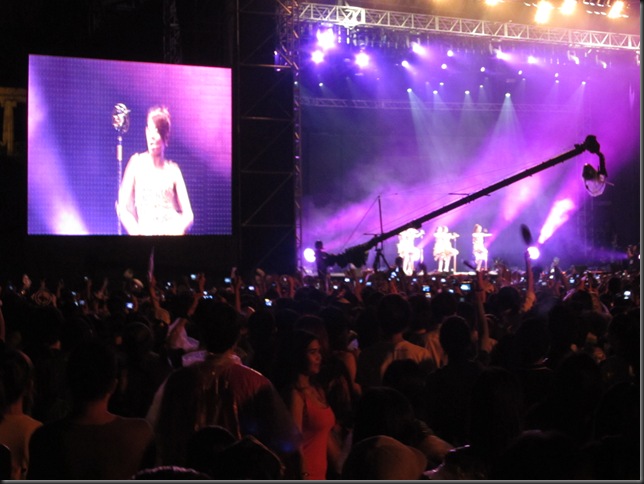 Lame show by not so Wonder Girls :P 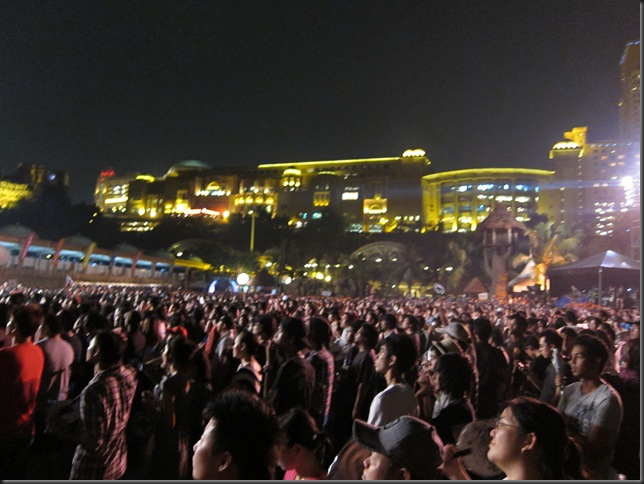 Wow, so many young people! I think I was the oldest teenager in the crowd… hahaha 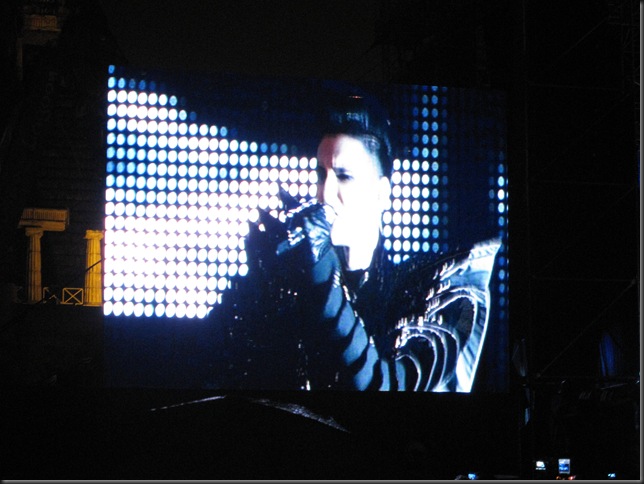 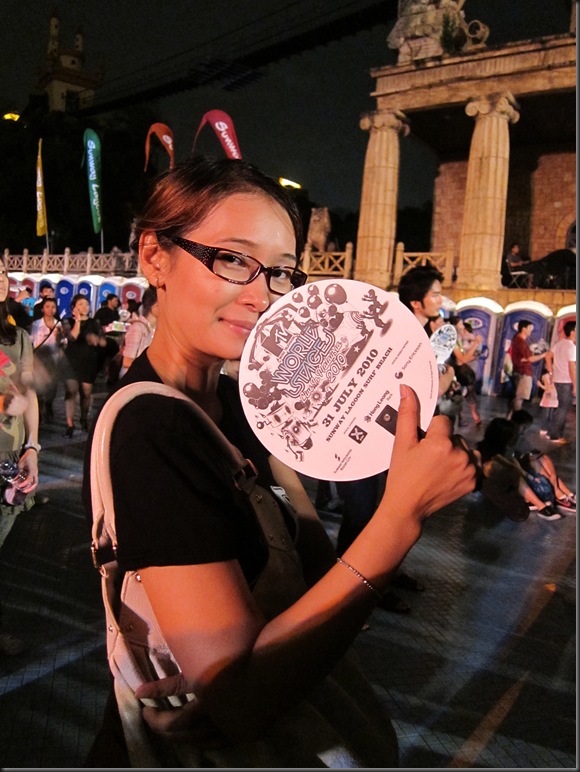 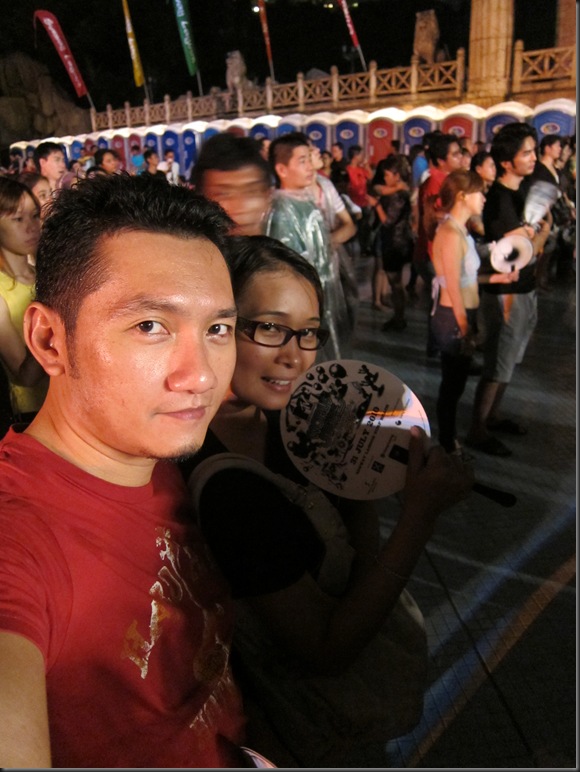 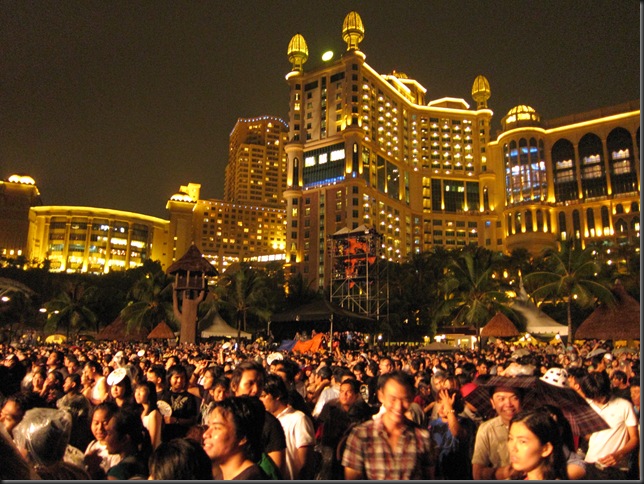 The crowd bigger than last year 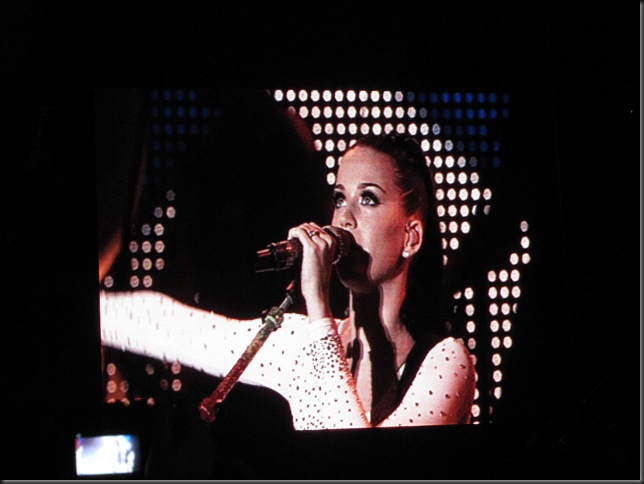 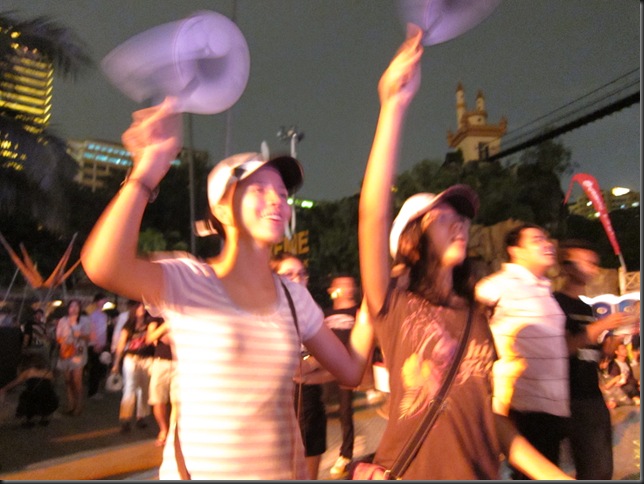 They enjoyed the show! 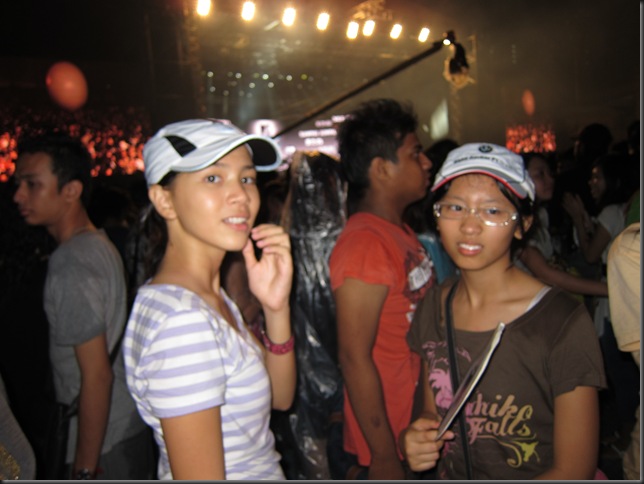 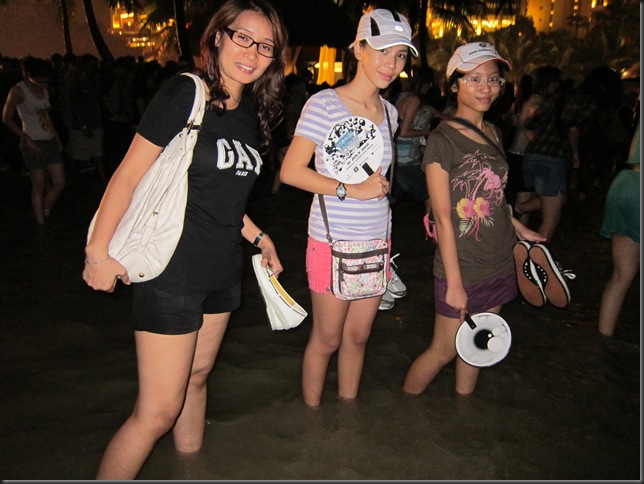 Before that kena redah banjir dulu.