April 28, 2014
After many months of futile effort to reduce inflammation in my nose using medication, OP Doc Ala suggested to do Turbinectomy procedure. Initially I thought he was kidding and trying to pull my leg. He said it is one of the best options other than painful surgery to repair my bended nasal septum. OK, anything less painful is always a good option.

The surgery was done only 4 days after SAC. I was admitted in 3rd class ward one day earlier for the doctors to run a few test on me. I think I was the youngest patient in the ward at that time.

OP Doc Ala is an ENT specialist in Hospital Serdang. We studied in RMC together although he's one year younger than everyone else in our batch. Because he was so smart, he had to skip one year in primary school. That's why he became a doctor unlike became a "coolie" and he's not only a doctor but one of the top ENT surgeons in government hospitals. 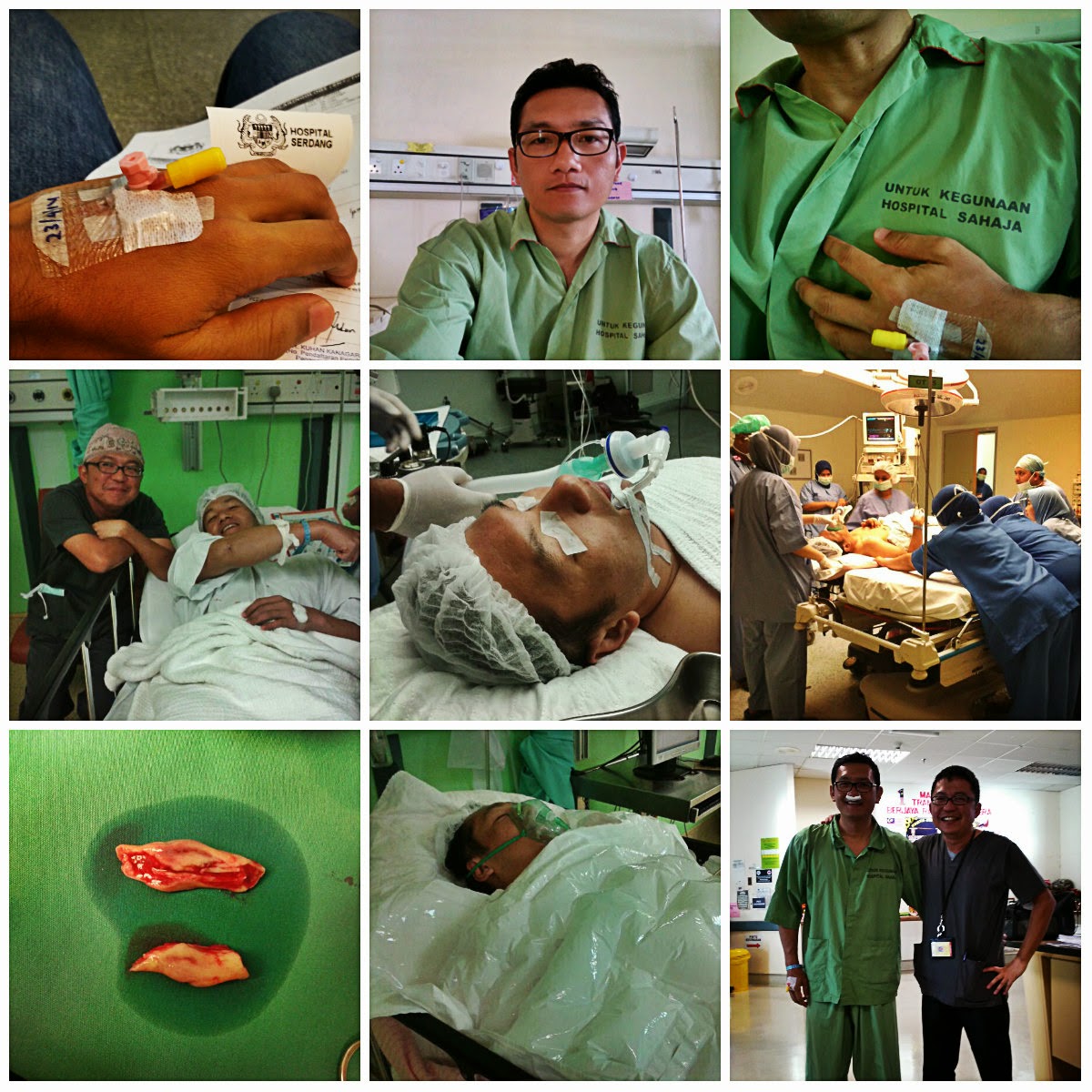 I was in good hands of him and everything was fine. After spent 4 nights in the hospital, I was discharged and lucky me, no major complication happened. Well, how much do you think the cost of the surgery?? Check out the bill below.

Thank you for everything Ala! May Allah bless you for the good deed you did to your patients. And thanks to Luvis & Aizul for dropping by the hospital to visit me.