November 02, 2011
"Deemed the World’s Toughest Mountain Race, the Mount Kinabalu International Climbathon is the ultimate challenge to take for those who are brave enough to test their endurance by running up and down Mount Kinabalu for a total distance of 21 kilometers.This extraordinary 21 km race up and down the 4, 095m of Mount Kinabalu, boasts a gruelling vertical climb of 2,300m over a mere eight and a half kilometres." - Taken from the website

With 2:30hrs cut-off for men open category and 3:30hrs for veteran and women category. Yes! It's tougher than running a marathon and this is the race where Mt. Kinabalu's porter and guide beats us the marathoner and Ironman. It is totally a different kind of race all together. 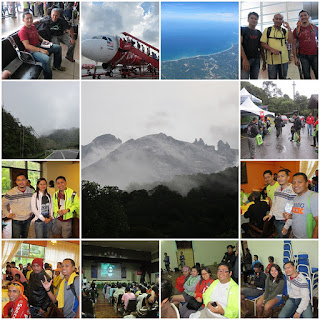 During race kit collection and race briefing, I met many familiar faces. Many of them on their second or third attempt like Raymond, Stupe and his wife Aileen, Luvis, Adeline, Puisan, Some on their first attempt like Bacin, Nik Raiha, Shawal, Haniff, Mukhlis, Mac, Ahmad Fathi, Azman, Sabri, etc. And the veteran like Yusran has done it multiple times for the past several years. 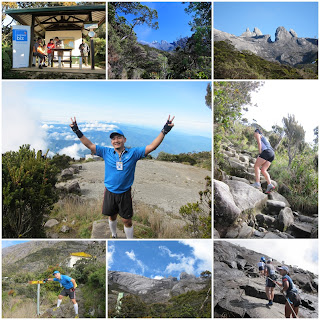 Actually, first day event was for veteran and women category but I volunteered to go up together with Haniff & Mukhlis to put Celcom's buntings at shelters between Timpohon Gate and Layang-Layang. Then I purposely joined the race because I wanted to run up to the peak for the first time and the cut-off also longer on the first day. 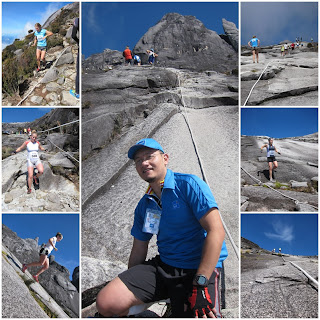 It's getting tougher and tougher after Laban Rata. My legs just refused to move and my lungs almost busted.  I only ate two pieces of bun with plain water for breakfast and now I'm bloody hungry!! 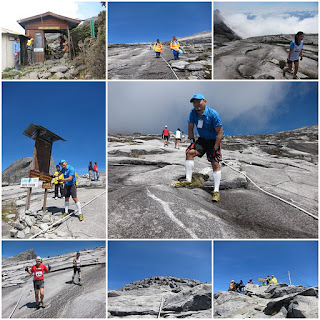 At this point, my energy slowly drained out. I had major cramped up here on right thigh, dizzy due to high altitude and low oxygen level... While sitting on the cold rock I was thinking...If I go slower, I might not meet the cut-off... should I give up?  Physically I'm done but subconsciously I continue limping my way to the peak . Where the mind goes, the body will follow and my mind is on the peak. 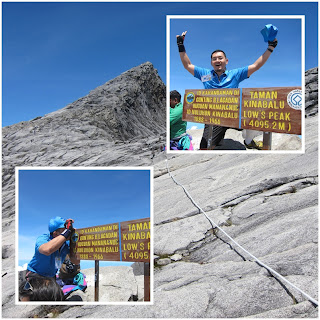 Finally after more than four hour from where I started, I reached the Low's Peak!!! WOOHOOOO!!! I screamed on top of my lung! This is the toughest event after Ironman and I was humbled by the mountain. I almost cried up there.... seriously I proud of myself. Now I know deeper meaning of "pushing beyond the limits" and "mind over body". 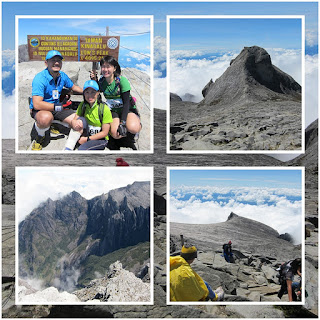 
- excerpt from Outward Bound Inspirational quote. Exactly how I felt during the climb. 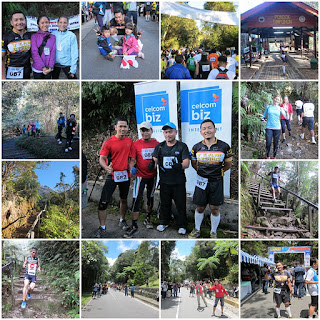 Well, on the race day itself, I ran up half way to Layang-Layang and brought down all the buntings I put up the previous day. Yes, I was DNFed. Only small bunch of runners managed to reach the peak in less than 2:30hr. The winner this year is Killian Jornet from Spain completed the race up and down in 2:37hrs.... amazing! But Marco De Gaspri was the first to reach the peak in 1:37hrs, 4 minutes ahead of Killian.

I would like to thank Celcom for sponsoring me to the race and one of my wishlist has been full-filed during the event, to run up Mt. Kinabalu to the peak. I hope Celcom will continue sponsoring me for more future events. I also glad to be part of the last race to the peak because starting next year, the race will take place different route. No more to the peak.

Kam Kasturie said…
Thank you Sir!
With positive thinking, proper training and sheer determination. It's possible to run a marathon. You can do it when you think you can. Good luck!
Monday, November 14, 2011 at 1:47:00 PM GMT+8