December 06, 2011
Last Friday I went to PIKOM PC Fair in KLCC. As usual, I hate going to PC Fair unless I have something to buy in bargained price. My kids keep begging me for a laptop for the past 2 months especially Ian. I told them to ask from their mummy because daddy has bought them PS3 last July. Unfortunately, according to my kids she reluctant to buy one for whatever reason. Being a father, I don't have a heart to do the same. Maybe you would think I like to spoil them but for all the anguish & misery that they have been through from our divorce, at least this is what I can do to make them happy.

I also realized, this is first time I bought a laptop. So far I've been using 7 laptops for the past several years, I never buy on my own, all belong to companies I worked with. After doing a quick research I bought ASUS notebook, known to be top choice by serious gamers. Well, daddy poorer by RM1299 now but for my babies I would give them the world :) 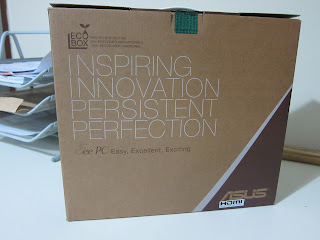 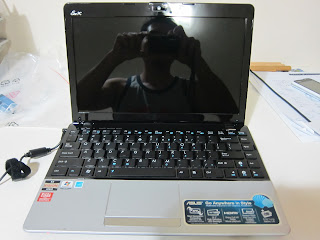